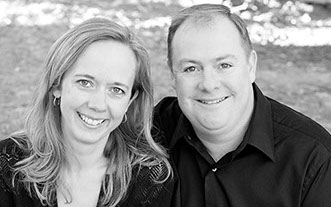 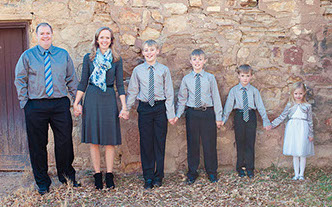 Joel Patchen became an outspoken advocate for preborn life after the 40 remarkable days he spent with his premature daughter in a Las Vegas NICU.

Watching Brooke, his little miracle from God, changed his life. Feeling God’s call to assist the least of these, Joel left the teaching profession, moved back to his home state of Colorado, and entered the pro-life arena.

Working with a Right to Life chapter for over a year opened Joel’s eyes even further as he discovered the broader life movement and the pain women and men feel after an abortion. Shortly after this volunteer experience, Joel founded the ministry of Anna’s Choice—a ministry of advocacy for the preborn.

Joel has spent the last decade laboring in the life movement. He loves to share his story and all he’s learned with churches, schools, pro-life audiences, or any group desiring to hear about the wonder of the preborn and God’s mandate to rescue them.

Through Anna’s Choice Joel has published four books, led his Who Am I? Bible study in several churches, hosted a pro-life television show, engaged audiences through radio, written a blog, and collaborated in numerous pro-life efforts, both nationally and locally.

Joel’s knowledge and skills in the area of pro-life advocacy, teaching, speaking, and writing are a valuable asset to any group or organization looking to engage our culture in transformative ways.

Contact Joel and partner with him in bringing about the restoration of human dignity and life in our country. Joel is available for speaking engagements, teaching, small-group training, conferences, and sanctity of life events. Contact Joel to inquire about an appearance.

In his heartfelt inspiring presentations, Joel Patchen shares the truths of the sanctity of life with a passion that motivates people to take action. He lovingly offers credible, easily implemented steps and resources that move people of all faiths and walks of life to answer the calling to protect, cherish and defend the precious unborn.

Joel Patchen is an outstanding speaker for pro-life. He speaks from his heart about the precious life of his daughter. He also has researched the Bible extensively and shows how profound and prevalent life is throughout the Bible.

In five years of leading 40 Days for Life prayer campaigns, we have sponsored opening pro-life conferences. One of our favorite speakers has been Joel Patchen. He always comes well prepared and is well spoken. His personal story also touches many hearts.

Joel Patchen is gifted in calling the Body of Christ to prayer and action towards protecting and preserving LIFE. He inspires through his personal experience and journey in the sanctity of life movement. I highly recommend Joel as conference, worship service, and classroom speaker.

Dedicated to bringing healing to those who have had an abortion, keeping others from committing abortion,
and liberating the preborn. — Romans 13:8-10

Ask Joel to come speak at your church, school or event. 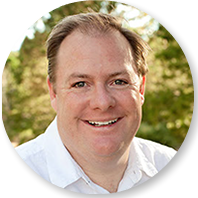 Fill out my online form.

Fill in this easy form to make a secure online payment through Paypal.

Resources and information to help individuals and societies rescue and protect the preborn.